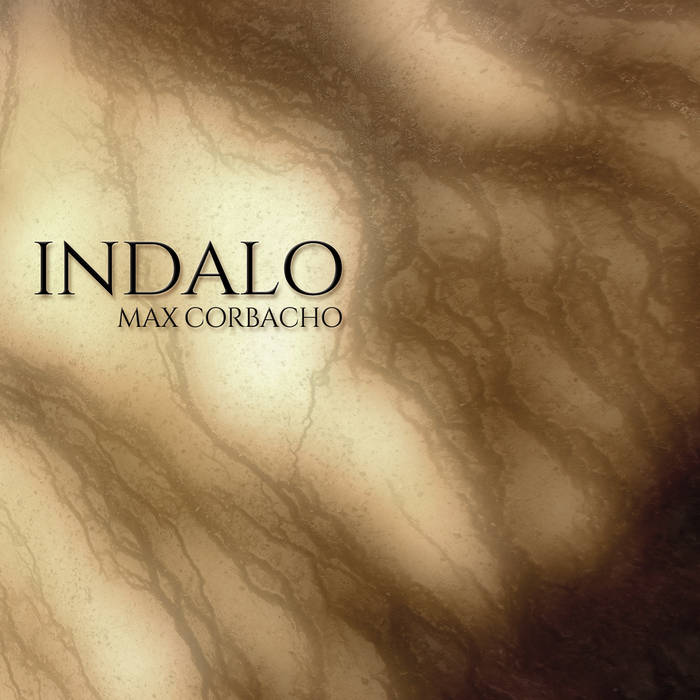 eugene51 Having this new version, complete with additional tracks is a great reminder of what Max Corbacho can do. Sublime ambient, from an artist who should be massive in his field. Favorite track: Spirits of Everlasting Ground.

"Indalo, named after the old and mysterious Andalusian symbol that can still be seen in Spain nowadays, is a record taken from an old collaboration with my friend and composer Bruno Sanfilippo. Released in 2003 as a CD format, for several years this work has been unavailable in any format, both digital and physical. After continuing receiving many requests from fans during all this time, and in response to this demand, Indalo is now available as a digital release. To further improve the experience and rediscovery of this work, two unreleased tracks have been added to the original seven in the Bandcamp download. These two tracks were created during the year 2002 and presented as candidates to appear on the album. In the end, they were not selected and have remained hidden all these years. The album, by express wish of the aforementioned collaborator, is credited only and definitely as a solo album by Max Corbacho.
Cover Image by Max Corbacho, layout and art direction by Michael Rodríguez Pletz www.domestika.org/es/michaelrpletz.

"Indalo is a brooding, eerie, powerful excursion into dark ambient soundscapes peppered with occasional ethno-tribal rhythms, filled with primal sensuality, and laced throughout with palpable mystery and ancient ritual. Use of echo drenched in moisture and field environmental recordings of nocturnal creatures lends the recording a distinct mixture of subterranean and deep jungle evocations, a juxtaposition which works amazingly well and is one hundred percent cohesive. The album opens with the 22-minute title track, a long expansive slowly developing piece, filled with deep rumblings, cavern-like sounds that are both animal and mineral in sonic characteristic and higher pitched whistling melodic drones, similar in character to spacemusic. Percussion, of the type normally associated with ethno-tribal ambient, infiltrates at the midpoint of the track, played with energy and passion amidst rising and falling swells of drones and washes, but the beats don't stick around long, replaced by warm glowing electronic waves and a scattering of environmental sounds.

Six other tracks fill the rest of Indalo with everyting from burbbling fluid effects (heard at the start of "The Agave emerges on the dry earth") to spacious vast washes and drones floating over deep but subtle thunder-like rumblings to swirling almost oppressive drones counterpointed by organic-electronic pulses on "Lava Atmospheres" to "Cabo de Gata" which begins somewhat calm and placid with rattles shaken on top of the relatively quiet synths, but building into a dense multiple-layered drone that seems to be everywhere all at once. "A lucid dream of strange landscapes" has an air of desert desolation as the night creatures come forth and the air cools from the overpowering heat of the day and the full moon reveals a landscape carved out of rock and sand and cast in dark illusive shadows.

Indalo is not a recording that can be completely appreciated if played in the background where some of this album will come across only as so much drones and synths. The astute listener will either listen to this on excellent speakers in a dark quiet room or at least use headphones to fully absorb the subtle complexity of the mix. Indalo is highly charged with atmosphere and mood, so the more you can immerse yourself in the sounds from this CD, the more seductive you will find the recording to be. At times, the mood of the CD is actually peaceful (such as the majority of the closing track "Signs of former experiences"), albeit not syrupy sweet or ethereal, but rooted in the lack of noticeable tension in many places."
Review by Bill Binkelman, Wind and Wire.