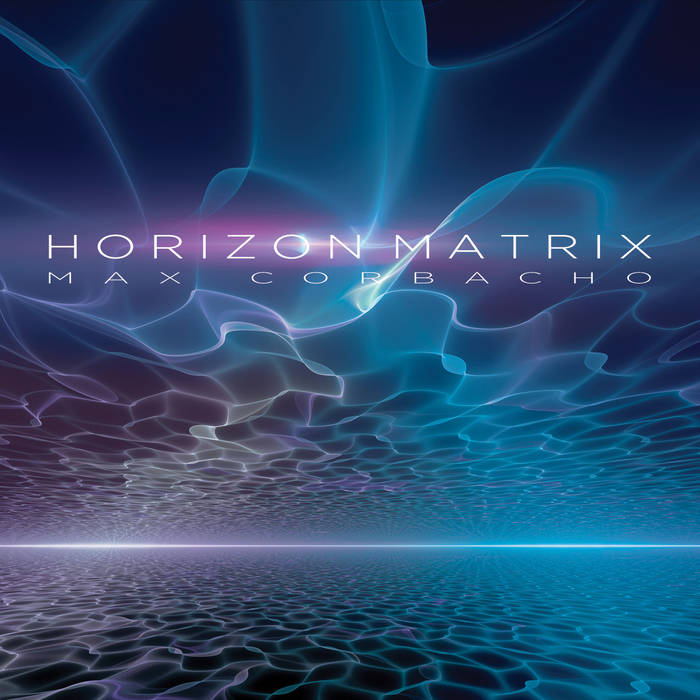 Evolutor There is a real world existing we can't experience:Look at your screen and dive deeper and deeper to the reign of molecules, atoms, electrons and quarks and void spaces. Suddenly there is nothing any more that compares to your daily experiences: there are only forces, only fields, only probabilites. There is only quantum-uncertainty: this is the place of the Quantum-Cathedrals! So near and yet so far. So real and yet only imaginary... Max gave us an sonic impression of these worlds!

Adam On this album, Max returns to the spacier sounding themes of albums past, such as BreathStream, Lost Links, & The Talisman. One of his best releases to date! Favorite track: Quantum Cathedrals.

Soma StarShine Max gave this to me and I've been listening to it ever since almost every night. My favorite style of soundscapes to drift deep into the night and nourishing sleep. Favorite track: Quantum Cathedrals.

Brian Bourassa The new album from Max is both a majestic and mysterious journey through revealing structured events
'HORIZON MATRIX' It delivers a wonderful sense of vast spaces and affords the listener the "space" to enjoy them.
With this release, Max continues his personal ambient journey of spectacular soundscapes, a journey that is really best felt when followed from it's inception. Favorite track: Quantum Cathedrals.

Berkdrums We, ambient-afficionados, are lucky creatures.. there is so much amazing ambientmusic popping up daily, that it’s really hard to keep track.. And if, in my case, artists go one big step further and present their album as a physical release (CD/vinyl), then I’m hooked of course.. Luckily Max, the amazing talented maestro of deep, drifting ambient, presents his works of art on high quality manufactured digipacks..! It’s been said before many times, and I’m happy to repeat it again: it’s sort of impossible to own just one Max Corbacho-album. You have to check (and then purchase of course..) the whole catalog because all albums are sort of connected to eachother. ‘Horizon Matrix’ is another chapter in Max’s musical story or ‘soundpainting’ as you wish. Another release for my 2018-favourites-list. I read ‘majestic’ in another review and I think that’s spot-on.. Again we dive a little deeper into oceans, galaxies and forests, yet to be discovered.. unknown territory, until now.. What an album!

As suggested by Plato, the father of philosophy, time is "a moving image of eternity." In Horizon Matrix, Max Corbacho skillfully creates a revealing and expansive atmospheric flow, in which the deep nature of temporality is the guiding thread. Such a sound landscape—slow and dreamlike—paints a graceful image where listener breathes and in a way is able to escape out of time, entering a kind of sonic wormhole. Max prints his signature stamp on all tracks, creating with his synthesizers and hardware processors expansive and luminous soundscapes, imbued with a full and warm sound, full of nuances and details. The silky chords, intertwined and fused in rich harmonies, create a space of sound in which time seems to dissolve, foreshadowing eternity. As we go deeper into the album, the multi-layered harmonic patterns push toward the climax located in the fourth track, "Into the Ocean of Time." The first track, "Quantum Cathedrals," elicits the same majesty as the 2009 album Ars Lucis. Max reflects on the connections with this album:

"During the creation of 'Quantum Cathedrals,' I realized that I was entering the same space that I had visited years ago during the recording of Ars Lucis. It was like going back to a place far away in the time that had produced in me a special feeling. On the imminent tenth anniversary of Ars Lucis, I am pleased to open the album with this piece, born from the same filtered light."

Passed through the electronic sieve of twenty-first-century instruments, this music possesses a deep, mythical temperament that paints a breathtaking panorama of the vastness.