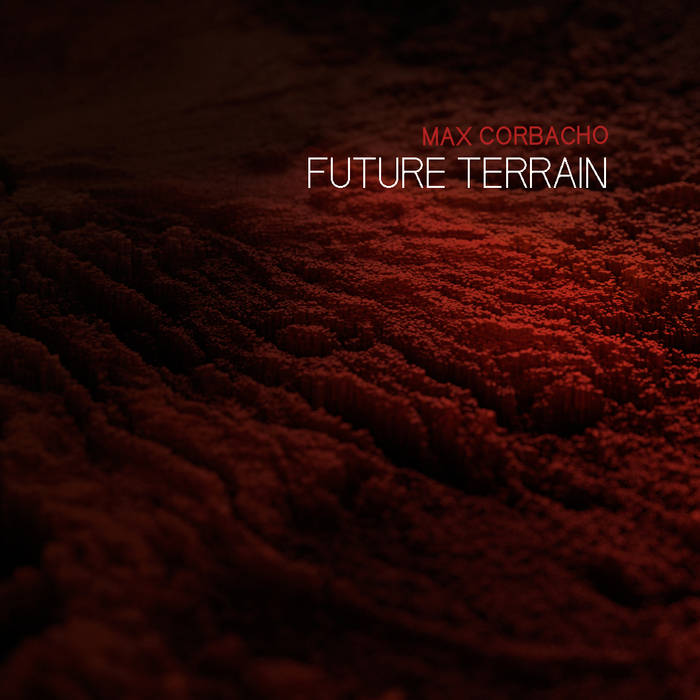 Richard Gürtler Unmistakable audible insignias of Max Corbacho are relentlessly glimmering through this powerfully transporting journey, exhibiting some of the most nebulous, lower end graced domains this Spaniard has ever carved during his stellar, nearly 20 years long recording career. Balmily colossal realms are virtuosically juxtaposed by sonorously devastating stratums, enter now "Future Terrain"!!! Huge thanks to Max & Vitaly for this physical edition!!! So guys, and what about "Deep Time"...?

Andre L. Max Corbacho, thank you for the gift of your music. When I listen to you, it's like a door opens to another universe. The soundscapes are always evolving, I feel like I'm embarking on a multi dimensional trip. All my usual perspectives change and at the same time I feel "I arrived home",

Created during the last weeks in March 2015 and released first as a "digital only" edition, Future Terrain is now presented in its original extended version of 73 minutes in a deluxe CD Digipack edition, remastered by Ian Hawgood and released by the label GSP. The new extended and remastered version has replaced also the previous digital file and is now available for download.

"I'm really excited about sound quality now, Ian Hawgood's mastering work has just polished the sound, now the bass is incredibly deep and the overall balance is really wonderful. I hope you enjoy it."


Future Terrain combines ultra low, extended bass tones and organ-like massive sound waves flowing in a continuous, dark, pitch black loop. In Max's words: “During the long building sessions for Splendid Labyrinths, several tracks have emerged in parallel, and I've been slowly giving them form. One is Future Terrain, which I imagine as a remote sci-fi futuristic landscape. This music accompanied me for several weeks as a dark background filling the space in slow motion. Graphic designer Michael Rodriguez Pletz was created at the same time, from the original image rendering of the artist Lee Griggs, the ground which for weeks was in my imagination.”

Note: This piece is created for to listen to at low, subliminal level. But I suggest also hear it at a high level, feel it in your bones!